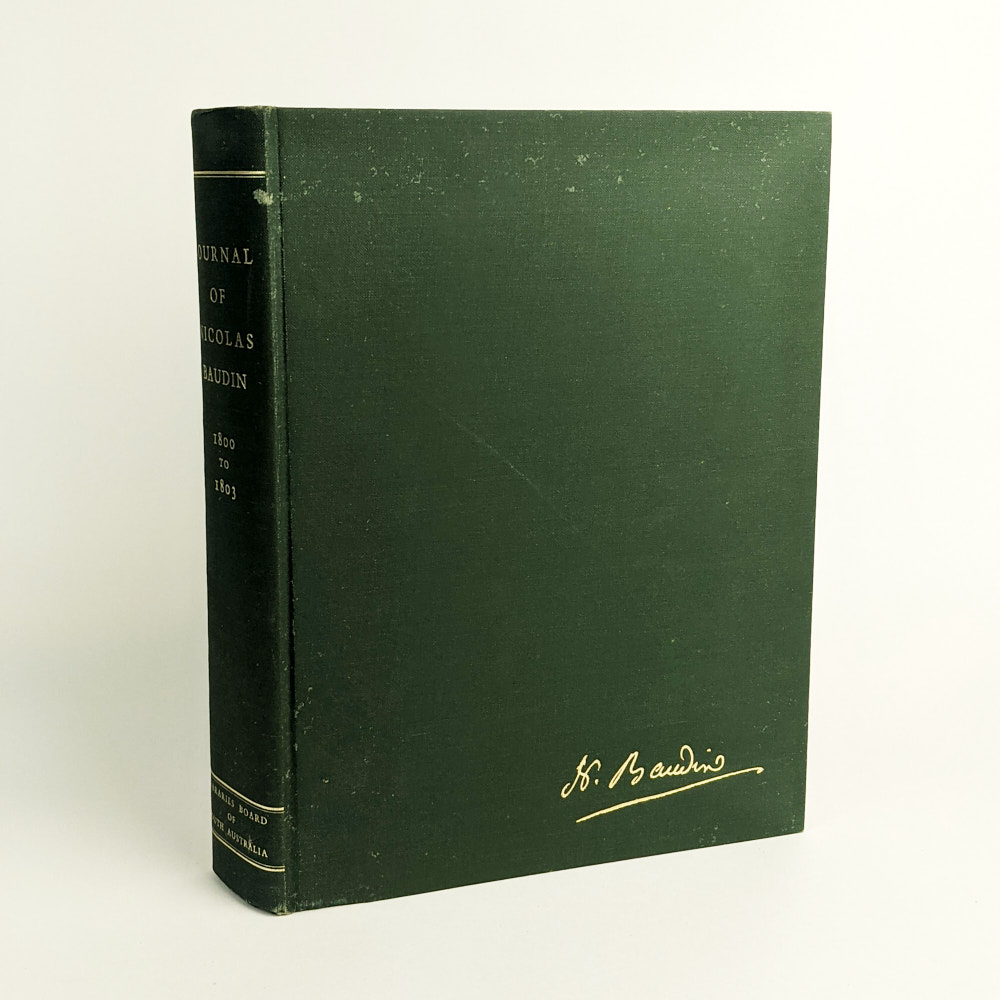 The Journal of Post Captain Nicolas Baudin, Commander-in-Chief of the Corvettes Geographe and Naturaliste


: , .
First Edition.
30cm x 23cm. xx, 609 pages, black and white illustration, maps. Green cloth, gilt lettering.
Assigned by Order of the Government to a Voyage of Discovery. Translated from the French by Christine Cornell. The Baudin expedition, including nine zoologists and botanists and a geographer, was sent to map the coast of New Holland. Departing Le Havre in October 1800 the expedition sailed via the Cape of Good Hope and Mauritius to Timor, eventually sailing down the west coast of New Holland and across to Van Diemen’s Land reaching it in January 1802. After sailing to Port Jackson, they returned via the west coast and Timor to Mauritius where Baudin died of tuberculosis in September 1803. They had mapped much of the west, north and south coasts of New Holland, meeting Flinders in April 1802 at Encounter Bay.
Minor mottling to cloth. Minor foxing and soiling to edges. Very Good Condition.