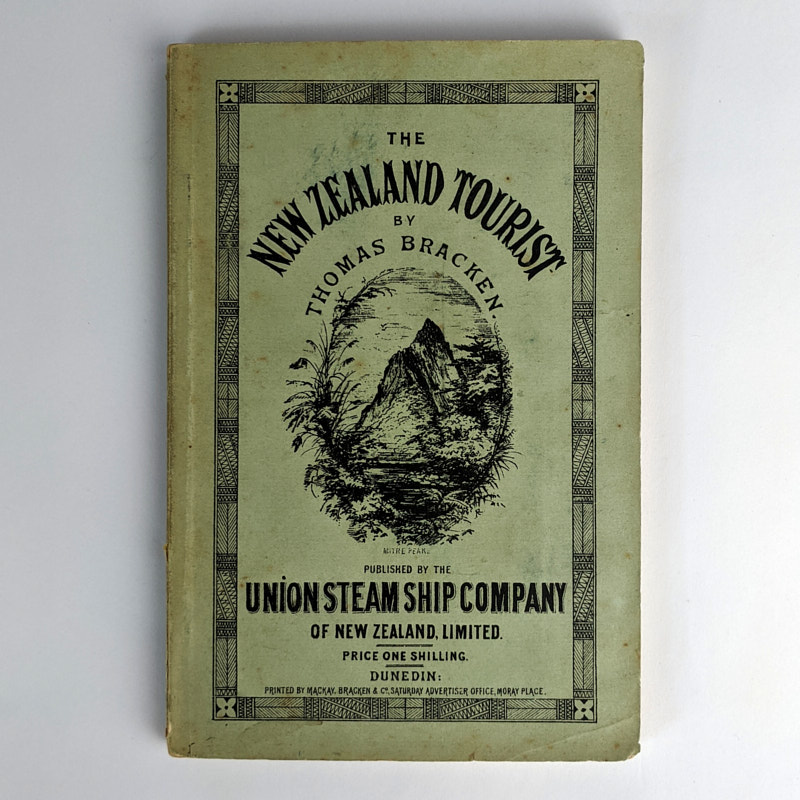 
: , .
First Edition.
18.5cm x 12cm. viii, 90, [6] pages, 1 plate, 2 maps (1 folding). Illustrated wrappers.
Early tourist book of New Zealand. Includes a short history of the Union Steam Ship Company, a short history of New Zealand, and detailed information on a variety of destinations. Together with a short section on fishing and 2 sketch maps, 1 of which is folding, Sketch Map of the Hot Lake District Showing Routes for the New Zealand Tourist, and the folding map, Sketch Map of New Zealand for the Tourist, a lithograph of The Pink Terrace, Rotamahana, as well as the lyrics to one of the New Zealand national anthems, which was written by Bracken. An inset to the folding map shows passenger routes between New Zealand, Sydney, and Melbourne. The second issue as per BAGNALL 617.
Spine starting to split but still intact. Previous owner’s stamp to tail edge. Moderate handling wear. Some foxing, mostly to first and last pages. Good Condition.