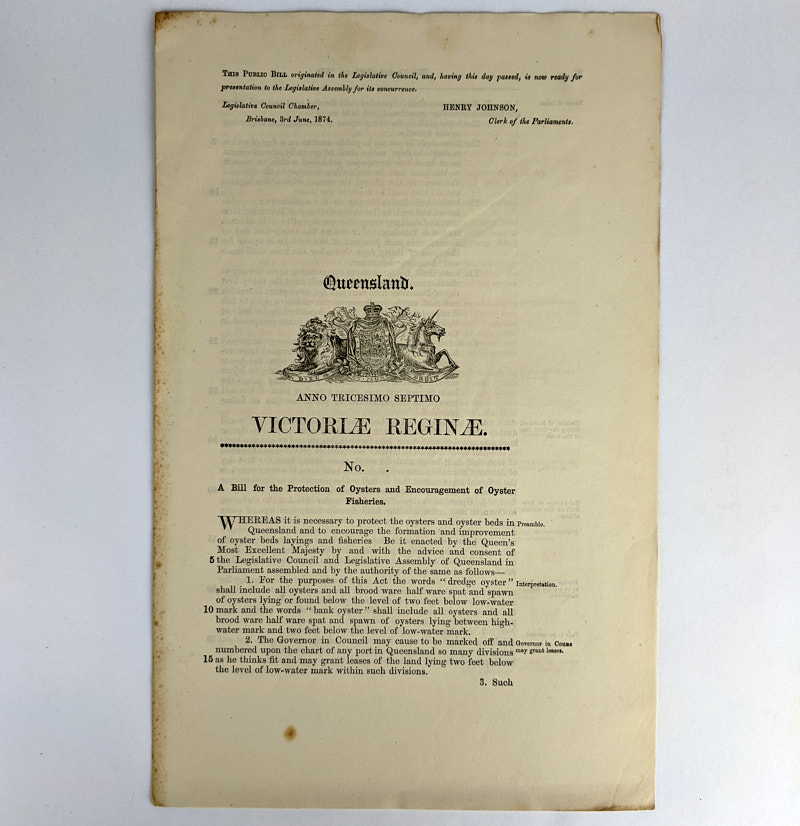 
: , .
First Edition.
34cm x 21.5cm. 5 pages. Self-wrappers.
A Bill for the Protection of Oysters and Encouragement of Oyster Fisheries 1874. The second act of the Queensland colonial government to limit the exploitation of oysters in Moreton Bay, which prior to the first act outlawing the practice in 1863 had been removed by the schooner load and burned for lime. This second act implemented a system of annual licenses for bank oyster collection and cultivation, and leases for lucrative dredge oysters.
Minor foxing to spine of front panel. Very Good Condition.