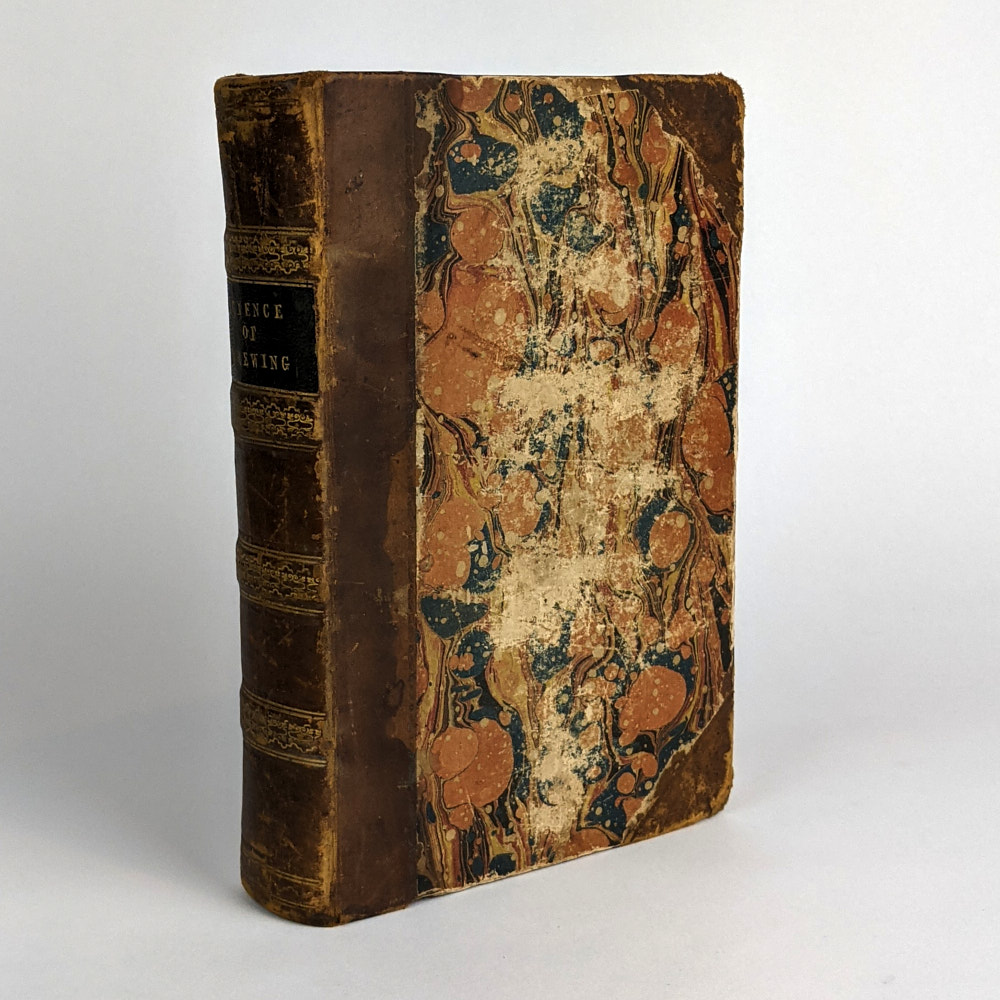 
: , .
Third Edition.
24.5cm x 14cm. xxxviii, 496 pages, engraved folding frontispiece, folding table, bound together with 64, vii, 56 pages, woodcut illustrations, 2 volumes in 1. Half brown leather, 4 false raised bands, black label in second compartment, gilt lettering and rules, marbled boards,
Containing Theoretic Hints on an Improved Practice of Brewing Malt-Liquors; and Statical (sic) Estimates of the Materials for brewing, or a Treatise on the Application and Use of the Saccharometer; being New Editions of those Treatises, Corrected, and Greatly Enlarged, with Several New and Interesting Particulars; including the Tables and Directions for Using the Saccharometer, Heretofore given only with the Instrument. Includes lists of London Brewers and fold out tables, Much expanded from the first edition of 1788 which was one of the earliest treatises on scientific brewing. Bound together with the Second Edition of The Art of Brewing to Which is Added an Appendix, Concerning Burton Ale by David Booth. London: F. J. Mason, 1834. 2 scarce works on brewing by Richardson and Booth bound together.
Binding rubbed. Frontispiece plate misfolded and creased. Minor to moderate foxing throughout. Good Condition.