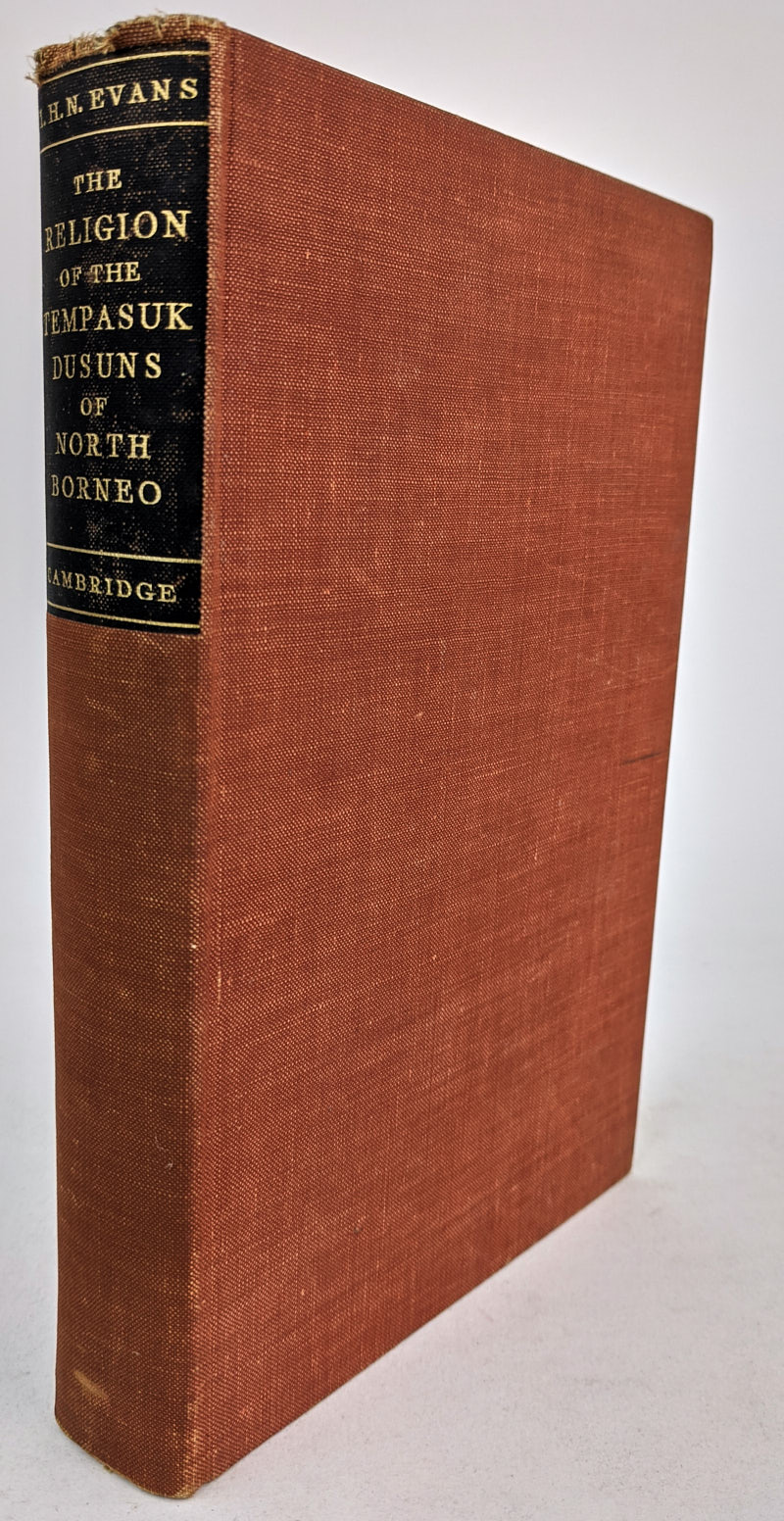 
: , .
First Edition.
23cm x 15cm. xviii, 579 pages, 22 plates of black and white photographs, fold-out map. Brown cloth, gilt lettering.
An ethnographic account of the cultural and religious beliefs of the Dusun people of North Borneo. Includes detailed rites and ceremonies, sixty-five folk tales, and a collection of the author’s photographs. Ivor Hugh Norman Evans (1886-1957) was a British anthropologist, ethnographer, and archaeologist. He spent most of his working life in what is now Malaysia. After taking an early retirement and returning to England he soon went back to Malaysia and continued his ethnographic research. This was his final book which he wrote after returning to Borneo to continue his ethnographic research during his retirement .
Minor chipping to spine crown. Very minor foxing to top edge and endpapers. Extremely minor insect damage to top edge. Very Good Condition.