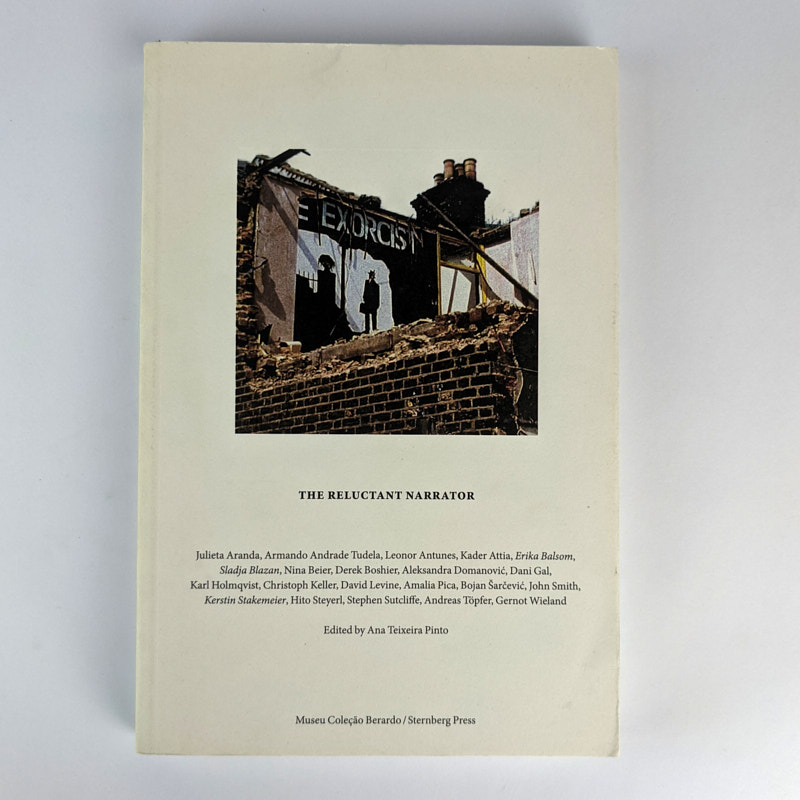 The Reluctant Narrator: A Survey of Narrative Practices Across Media


: , .
First Edition.
24cm x 16cm. 160 pages, colour illustrations. Pictorial french fold wrappers.
“Often referred to as the narrative turn, an explosion of interest in narrative practices at the end of the twentieth century was predicated on the notion that life itself is storied, oras Jacques Ranciére put itthat the real must be fictionalized in order to be thought. Postmodernism itself was described as a narrative turn in which a rekindled interest in the fictive, the chronicle, and the anecdotal upstaged the symbolic unity of high modernism. But as Susan Buck-Morss has noted, modernism and postmodernism are not historical moments, they are political positions: two poles of a recurring movement, expressing the contradictions inherent to the industrial mode of production in the identity and nonidentity between social function and aesthetic form. Rather than opposing a myriad of micro-narratives to the grand narrative of modernism, The Reluctant Narrator attempts to map the migration of narrative modes across several media, bringing together works that intertwine personal biography with historical events, or that deal with stories that fell through the crevices of history.” (publisher’s blurb) Edition of 400.
Minor shelf and handling wear. Very Good Condition.