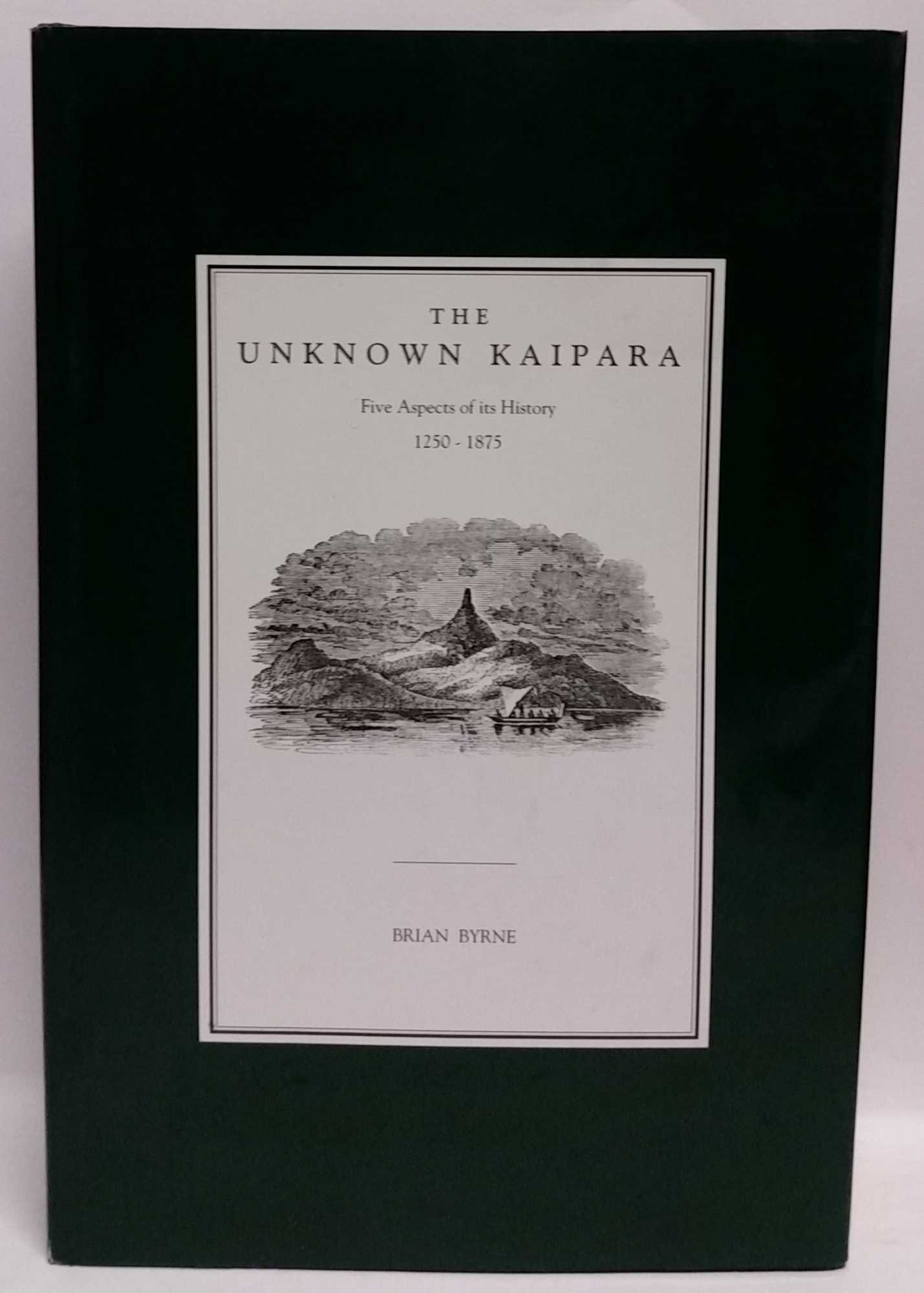 
: , .
First Edition. Signed by Author
30cm x 19cm. xviii, 562 pages. Green cloth, gilt lettering, illustrated jacket.
Signed and numbered edition of 500. This is number 104. A detailed history of Kaipara, the largest harbour in New Zealand and its surrounding hinterland. Rich with primary documents, in the forms of maps, letters, diaries, ledgers, news clippings, illustrations, and more, the work is insightful and thorough. The Five Aspects of its History 1250-1875 from the title are as follows: an account of the conquest of Kaipara, including the battles of Moremonui and Ika-a-Ranganui; early travellers recorded responses to the region; the establishment of missions by the Wesleyan and Roman Catholic Churches; the harbours European history; and the acquisition and early settlement of the hinterland by bona fide settlers and the Crown.
Shelf indent to lower board. Foxing to edges, minor elsewhere. Minor crack after first gathering, still firm. Light pencil ghosting to half-title. Minor wear to jacket. Good Condition.