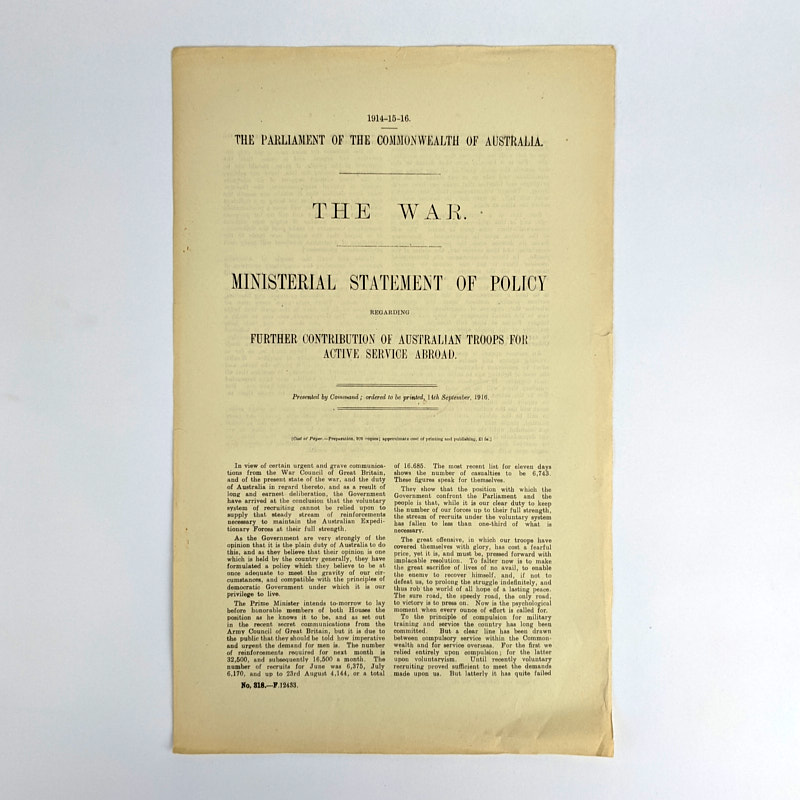 The War. Ministerial Statement of Policy Regarding Further Contribution of Australian Troops for Active Service Abroad


: , .
First Edition.
33cm x 21cm. 2 pages. Single sheet.
An outline of government policy regarding conscription, a statement which was the precursor to the defeated 1916 referendum which asked the question: “Are you in favour of the Government having, in this grave emergency, the same compulsory powers over citizens in regard to requiring their military service, for the term of this War, outside the Commonwealth, as it now has in regard to military service within the Commonwealth?”
Minor to moderate creasing and 2 small closed tears to edges.. Very Good Condition.