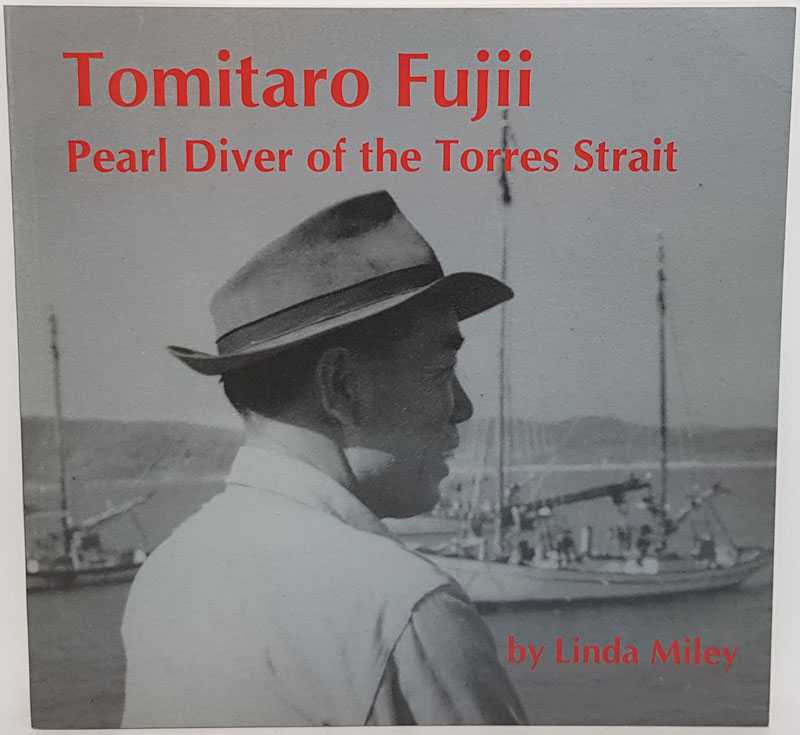 
: , .
First Edition.
21cm x 21cm. 80 pages, black and white photographs, maps. Pictorial wrappers.
“Prior to the World War II, thousands of Japanese were employed in the pearl-shell industry in the Torres Strait. Tomitaro Fujii left his village in Japan in 1925 at the age of 19 to work as a cook on a pearling lugger. With hard work and determination Tomitaro was promoted to skipper of a lugger and was well known in the Torres Strait pearl-shell industry for his skill as a diver especially in the Darnley Deep. Tomitaro married Josephine Chin Soon of Islander and Chinese descent and lived on Thursday Island until his internment during World War II when all Japanese in Australia were sent to war camps. He was one of the few Japanese nationals permitted to remain in Australia after World War II. Tomitaro returned to Thursday Island with his young family and spent the rest of his life there and he played an important role in promoting Japanese and Australian relations.”
. New Book.