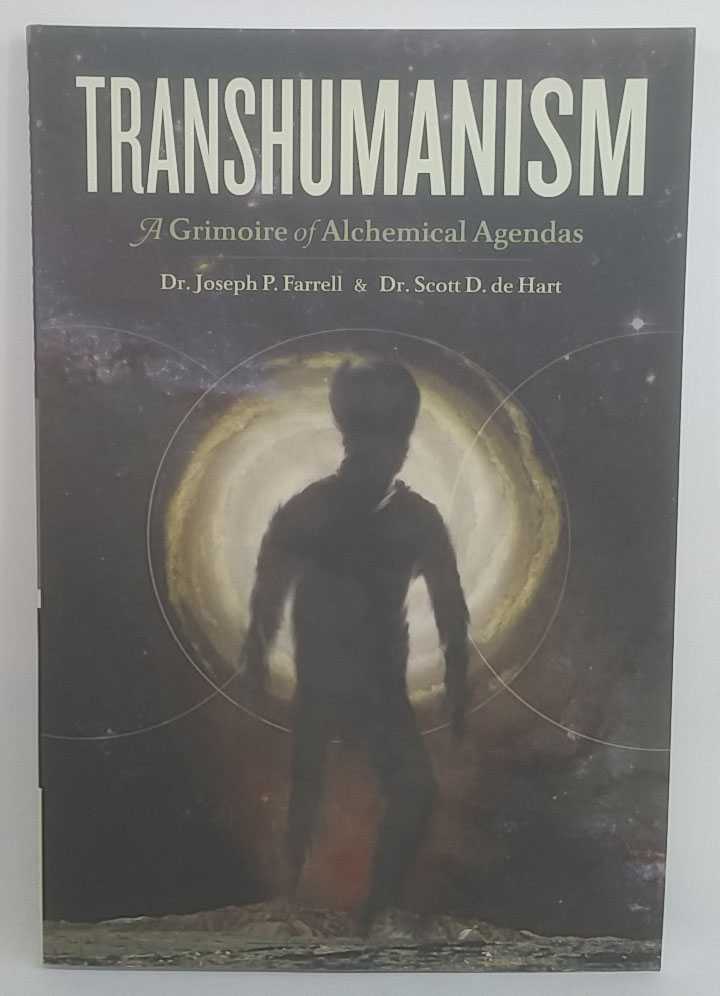 Transhumanism: A Grimoire of Alchemical Agendas


: , .
Second Printing.
23cm x 15cm. [xiii], 298 pages. Illustrated wrappers.
“The ultimate question is no longer “who am I” or “why am I here.” These questions were answered in the earliest civilizations by philosophers and priests. Today we live in an age of such rapid advances in technology and science that the ultimate question must be rephrased: what shall we be? This book investigates what may become of human civilization, who is setting the agenda for a trans-humanistic civilization, and why . The modern Victor Frankenstein holds a high political office, carries diplomatic immunity, and is most likely funded by the largest corporations worldwide. His method is ancient: alchemy. His fraternities are well known and their secrets are well kept, but his goal of times past and present is the same; he dares to become as god, genetically manipulating the seeds of the earth, the beasts on the fields, and to claim legal ownership over humanity by re-creating it in his own image. This is no fairy tale, science fiction, or conspiracy theory… it simply is! Transhumanism, a Grimoire of Alchemical Agendas by Drs. Joseph P. Farrell and Scott D. de Hart lifts the veil from the macabre transhumanistic monster being assembled and exposes the hidden history and agenda that has set humanity on a collision course for the Apocalypse. Joseph P. Farrell, PhD, is the author of the best-selling Genes, Giants, Monsters, and Men: The Surviving Elites of the Cosmic War and Their Hidden Agenda.” (publisher’s blurb)
. New Book.