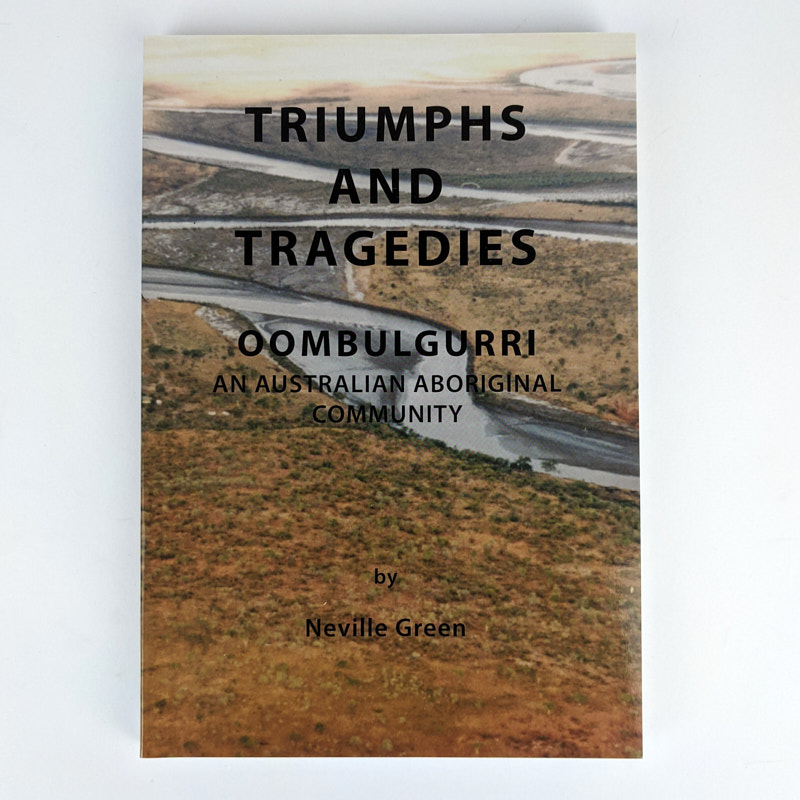 
: , .
First Edition.
24cm x 16.5cm. xvi, 212 pages, black and white illustrations, map. Pictorial wrappers.
“Oombulgurri emerged from the remnants of Forrest River Mission to become one of the first independent Indigenous communities in Australia. During its 97 years its people have participated in events that captured national headlines; the search for the Southern Cross, the rescue of the crew of a German seaplane, reports of a massacre that sparked a Royal Commission, their service as guides to an elite military force preparing for the anticipated Japanese invasion of Australia and, in recent years, the community’s decline into poverty, depression and suicide. Sixty percent of the school children of 1967 are now dead. The missionaries and most of those they served are gone and so too is the lifestyle of that not so distant past, but in these pages we discover how church and government policies and failures shaped the present and the small achievements of Aboriginal people are soon lost in yet another wave of policies and practices that are presumed to be good for ‘them’. Neville Green is a Western Australian author specialising in Aboriginal history and between 1967, when he was a government teacher at Forrest River Mission, and 2006, he interviewed and corresponded with many people linked to the community to discover the heart and soul of Oombulgurri. Triumphs and Tragedies, his tenth book, is a story of lost innocence in a remote Australian community set amidst the raw beauty of the Kimberley.” (publisher’s blurb)
. New Book.