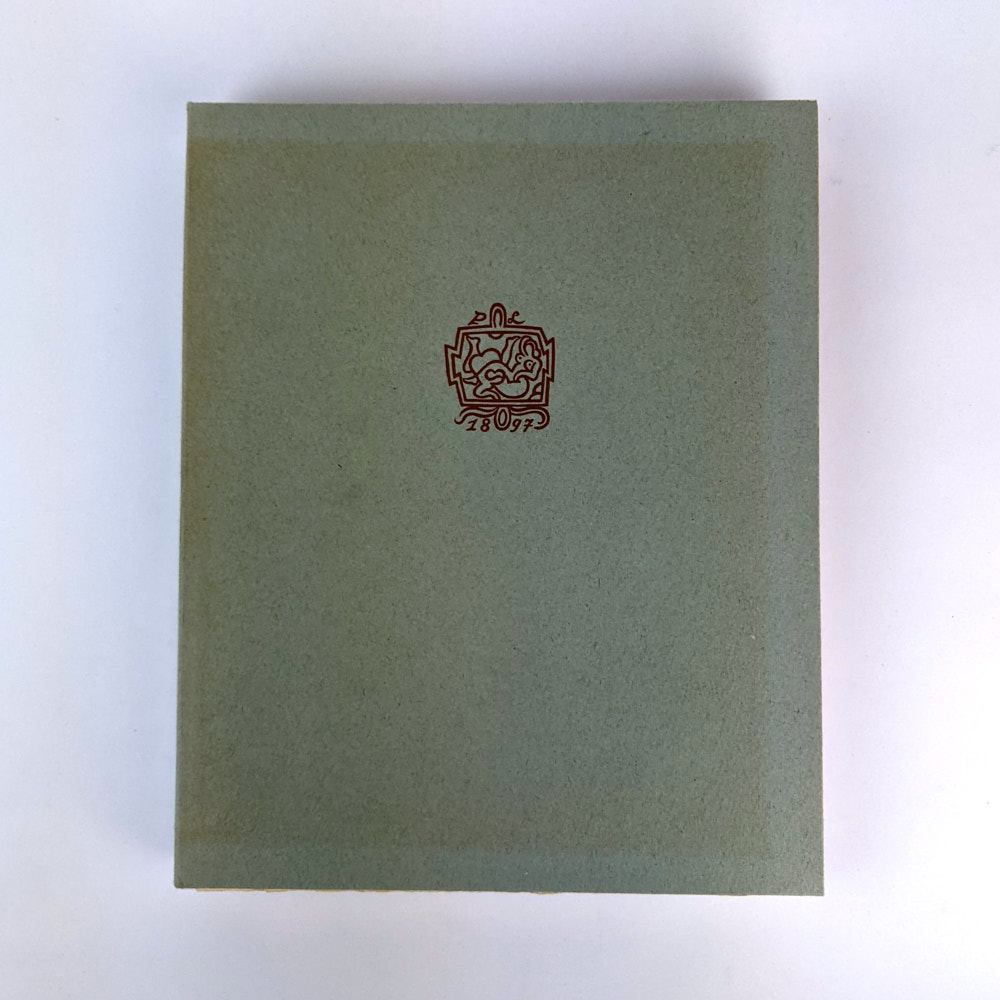 
: , .
First Thus.
28cm x 23cm. 193 pages, 16 colour plates. Unbound sheets in original wrapper, folder, and slipcase. Text is in French.
1940s reproduction of Pierre Louys’ Three Daughters of their Mother, also translated as The She-Devils and Mother’s Three Daughters. The first edition privately printed in 1926, here again printed cladestinely with 16 erotic colour plates by Jean Berque depicting a lot of group sex, some lesbian, toy/strap-on play, and one of bestiality, under a faux colophon masquerading the romance of 1897 and with the original “produced at the expense of an amateur for his friends exclusively” statement. This copy numbered 179 of an unknown edition, though likely less than 500. Louys wrote of the work that it is not a novel but a true story down to the smallest detail. Inspired, according to legend, by the writer’s relationship with the wife of Jose-Maria de Heredia and his three daughters (the youngest of whom, Louise, had been married to Louys) whose morals were then considered quite free.
Text is in Near Fine Condition with only very minor handling wear and a couple of the plates with very minor offsetting to the text. Very minor discolouration to wrappers. Folder is tanned and the spine has split. Slipcase tanned with <7cm splitting to the edges from the fore. Near Fine Condition.