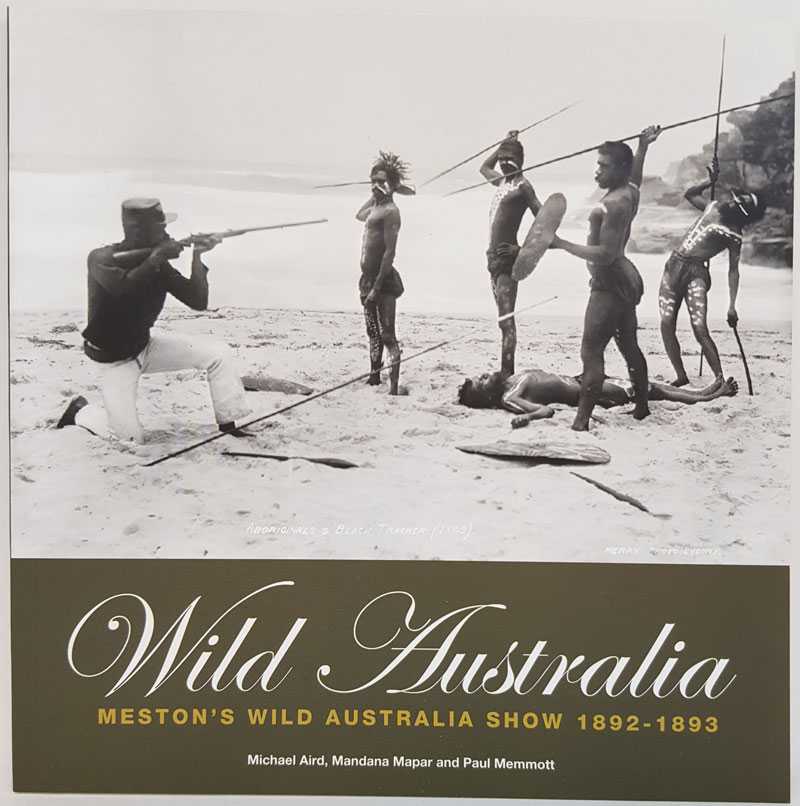 
: , .
First Edition.
21cm x 21cm. 32 pages, map, illustrations. Pictorial wrappers.
“The ‘Wild Australia Show’ was conceived by Archibald Meston and was a travelling troupe of 27 Aboriginal and Torres Strait Islander people conscripted from the Queensland frontier who performed in Brisbane, Sydney and Melbourne during 1892 and 1893 in preparation for departure on an international tour in the era of World Exhibitions. However the plans were curtailed by contractual disputes, scandals of financial incompetence and accusations of the capture of certain troupe members against their will in chains. The exhibition came out of a meticulous process of collection and research by Queensland Museum senior curators Michael Aird and Mandana Mapar, and University of Queensland academic, Professor Paul Memmott who place the previously unknown images in a visual and historic context. This exhibition catalogue uses the same title of Meston’s show of more than 120 years ago, Wild Australia, and gives human dignity to the names and faces of the people in the photographs, whose strength of spirit and determination are evident in the gazes of the portrait subjects.”
. New Book.