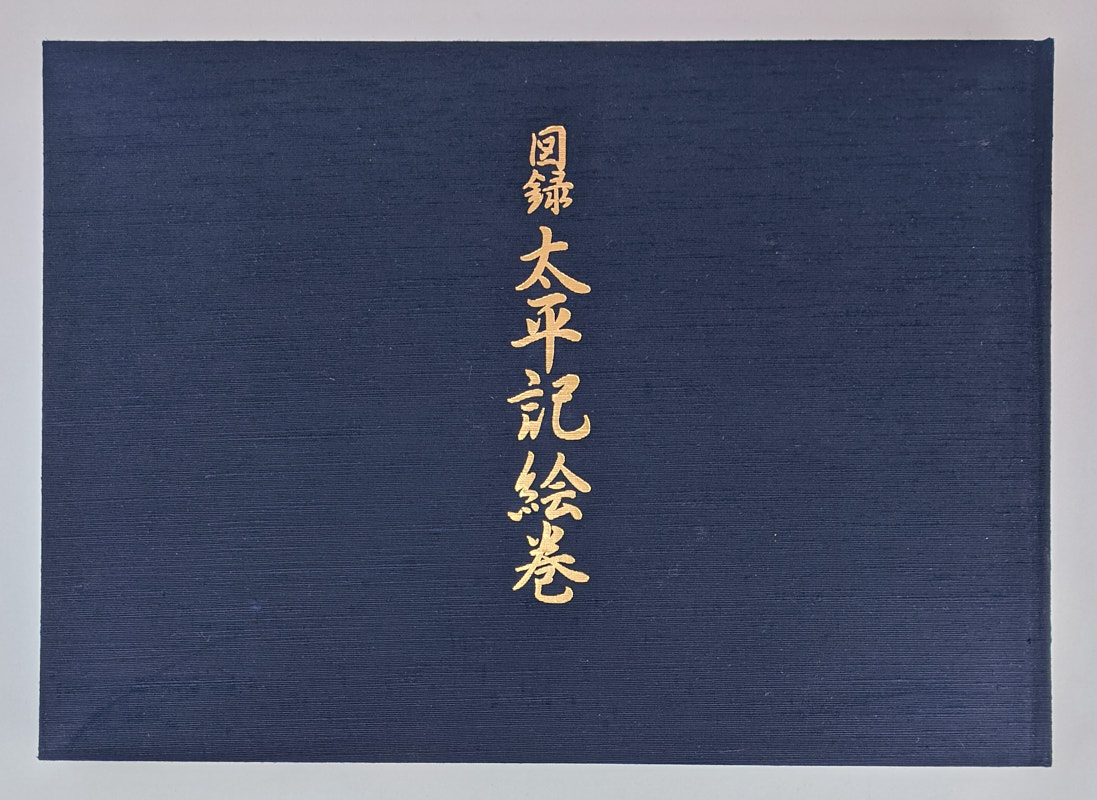 Records of Pictures: The Taiheiki Emaki


: , .
First Edition.
27cm x 37cm. 221, ii pages, colour illustrations. Blue cloth, gilt lettering, slipcase. Text is in Japanese, introduction in English.
The pictorial scrolls of Taiheiki is a chronicle of a horrific battle in the 14th Century, between the North Imperial Court and the South Imperial Court in Japan. During those years of terrible war the people of Japan longed for peace. The phrase ‘Taihei’ means ‘Peaceful World’ and Taiheki Emaki’ is a collection of scrolls which depicts the battle together with the terrific struggle for peace. The artist of Taiheiki Emaki is believed to be Kaiho Yusetsu who was prominent in the Edo era.
Some foxing to first and last page. Price sticker ghost and minor marks to slipcase. Very Good Condition.