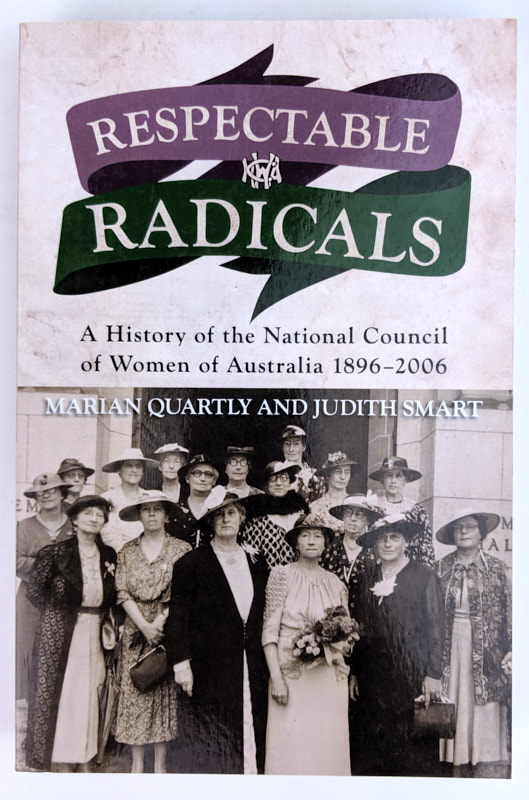 Respectable Radicals: A History of the National Council of Women of Australia, 1896-2006


: , .
First Edition.
23cm x 15cm. xiv, 497 pages. Pictorial wrappers.
“For much of the twentieth century, the National Council of Women of Australia was the peak body representing women to government in Australia, and through the International Council of Women, to the world. This history of NCWA tells the story of mainstream feminism in Australia, of the long struggle for equality at home and at work which is still far from achieved. In these days when women can no longer be imagined as speaking with one voice, and women as a group have no ready access to government, we still need something of the optimistic vision of the leaders of NCWA. Respectable in hat and gloves to the 1970s and beyond, they politely persisted with the truly radical idea that women the world over should be equal with men.” (publisher’s blurb)
Very minor general wear. Near Fine Condition.